Last semester, I recalled working with my colleagues on a history project. We were tasked to research Native American culture, including their lifestyles, work ethics, traditions, and religious ideologies. Being the focal person of my project, I remember going deep into the history of the Indians that once inhabited North America.

Also an enthusiastic collector since a young age, I’ve been intrigued by décor and artifacts. Thus, I understand the effort it takes to spot the right antiques for your collection. Some excellent examples of Native American artefacts are on the market, and being informed is the only way to identify them correctly.

So, to make your life easier, I’ve developed this guide to ensure you have all the relevant information before making a decision, including identifying Native American artifacts, their value, and buying/selling tips. Read on!

Historically, long before one of America’s founding fathers, Christopher Columbus, landed on what would become America, this extensive mass of land was inhabited by the Native American Indians, or simply, Native Indians.

With the progression of time and a rapid influx of “explorers”, the locals responded in various ways, from cooperation to downright revolt. This led to the colonization of their lands, crimes against the local population, and the looting of culture and artifacts.

Their lifestyles differed in terms of their environments, regions, and resources. So, to form a more manageable timeline, archeologists identify shifts in culture and material use in Indian American life.

Native American archeology dates back to artifacts to 17,000 BC. It consists of various materials, forming a collection of thousands of artifacts. These artifacts include a part of a cultural shift, which archeologists identified and characterized into different periods, starting with the Pre-Paleoindian period and ending with the Historic period.

The Pre-Paleoindian period refers to the inhabitation of the Americas in the period before the Paleoindians or Paleoamericans.

However, many experts refute the claims of any human settlement before the Paleoindian period.

The Paleoindian or Paleoamerican period was the first time people migrated to the Americas. The term applies specifically to the “lithic” period.

Evidence suggests that people during this period were hunter-gatherers who survived on food gathered from the wild via hunting. These social groups comprised around 50 people and were frequent migrants, depending upon the climate and seasons.

The earliest evidence of their existence comes from stone tools, especially scrapers and projectile points, which slowly evolved with advanced techniques and materials.

This period is characterized by more modern methods as the environment took a turn and shifted to more modern techniques. People from this era used basic sustenance methods by exploiting seeds, nuts, and shellfish.

The shift in artefactual developments included using atlantl, ground and polished stone artifacts, projectile points were now more notched and pointed, and containers made of stone.

Archeologists use the Woodland period to designate the period before Christopher Columbus explored America. It is marked by textile, shelter, agriculture, weapons, and tools development. Ranging from the BCs to the ADs, it began with the use of spears and atlatls, eventually leading to their replacement by bows and arrows.

The Late Woodland period used sand, limestone, grog, and grit temper in their pottery, which was textile-marked and stamped.

The Mississippian period was characterized by well-constructed and managed villages, resorting to horticulture and domestic animals for survival.

Artifacts in this period were complicated, incised, and well burnished.

European sailors and explorers’ exploration of North America marks the exploratory period. It began with the arrival of the Spanish, who quickly dismounted the local Native Indian population and set up Santa Elena as the capital of La Florida. The appearance of the French followed this, and white settlers’ attempts to drive out settlements led to a drastic decrease in the Native American Indian population.

This Exploratory period led to the introduction of Spanish materials into local Native American materials, improving the art.

With the arrival of the British in the 1600s, deerskin trading began, which marked the Historic period. Intense fighting between the two sides resulted in a significant reduction in the Native Indian population and migrations to new parts of Indian territory.

From stone tools to the complex art of pottery, Indian American artifacts reflect this fascinating population’s rich culture and aesthetics. These artifacts are significant for archeologists, collectors, researchers, and the descendants of the people who created them.

Learning to identify them can assist you in many ways. It requires years of expert training to pinpoint and identify a Native American artifact. Still, you should keep a few things in mind when looking at one!

For Native American ground stone tools, it is essential to recognize the material used in the tail. Several types of materials that were commonly used include chert, obsidian, and flint.

In spearheads and arrowheads, looking for a defined edge and a base with a clear point is essential. Knives constructed by Native Americans had at least one sharp edge, made by chipping stone away from the piece.

Projectile points can have a stemless, stemmed, and notched form.

Another subtype is auriculate stemless form, tools forming part of it are Chipola and Mustache Simpson.

Similarly, Kaskaskia is a metallic projectile.

While Native Americans commonly used animal bones to make useful instruments, shells were another source of material used by populations living close to oceans and thus, were an important part of their culture.

In bone tools, it is vital to look for irregularities compared to the original shape. A bone tool might be carved into a form the bone usually wouldn’t have.

Other antiques that may, particularly interest collectors and historians, which Native Americans commonly used, include:

Similarly, you can consult guides to identify your antique piece. One that is particularly useful for this is:

You can also find help on YouTube if you’re a visual learner.

Several factors influence the value of Native American artifacts, which include:

This is a significant factor contributing to the price of a Native American artifact and influences the value to a great extent. It includes information about the production and location of the artifact, where it was found, and who owned it.

Experts believe this factor helps link the object to a particular phase of history, which also drives the value. For example, an important artifact related to a specific battle will be worth more than a general tool used for farming.

Such information is vital to determine the authenticity and legitimacy of your piece. Generally, the better the provenance or history, the higher the price your piece will fetch.

The most critical factor in the valuation of any antique is the condition. Generally, the better the condition, the higher the value will be. If your piece is in mint condition, it will rake in much more than an antique that shows wear and tear. However, older and rarer pieces may be considered of higher value than normal ones.

Similarly, if your artifact is missing a piece, it will significantly reduce its value. Collectors and enthusiasts prefer articles that are complete and in good condition, so if your piece is in bad shape or has a missing part from the original design, it will usually not be worth a lot.

Older artifacts are difficult to find and hold more historical value than their modern counterparts. They are also rarer and are generally more valuable.

Age is generally a good indicator of value. However, there are exceptions to this rule, as some modern artifacts may hold more historical significance than modern ones.

Appraisals are the best method to get the value of your artifacts estimated. Because several factors influence the value of a Native American artifact, it is best to seek the help of a professional.

It is pertinent to mention that if you suspect something of value in your possession, you should contact an appraiser with expertise in Native American artifacts and culture.

Note: Be mindful of appraisers who wish to buy your artifact. This usually signifies the importance of your antique, and thus, you should get a second opinion from another professional.

Some professional appraisal services you can consider include:

Guide books are an essential source of identification that can help you assess the value of your Native American artifacts. Some of the prime examples include:

If you own an Indian artifact, it is only human to wonder what it could go for. It may only get you an ice cream or incorporate into this list of the most expensive Indian artifacts ever sold:

In addition to being a prized collection and possession, these artifacts symbolize cultural diversity and heritage.

For collectors showing particular interest in Native American artifacts, you should keep a few things in mind concerning the legality of buying/selling.

It is vital to note that the Native American Graves Protection and Repatriation Act (NAGPRA) is a federal law passed in 1990 that protects human or object remains associated with burials or funerals. The law forbids collectors’ buying/selling of these objects on the open market. In short, any object that has a “cultural association” or comes from a “burial or funeral site” is strictly prohibited for private collections and trading.

Suppose you found an old Native American artifact in a national park or from tribal lands, and you decide to keep it. In that case, it belongs to the State, and it is illegal for you to own the possession. The ARPA, or Archeological Resources Protection Act, bars the excavation/removal of artifacts from Federal or State land.

Suppose you have an Indian artifact passing down the generations as a family heirloom, or you’ve fulfilled the legal obligations surrounding the possession and ownership of Native American artifacts. In that case, you can sell it in several ways. These include:

The Native American tribes have a rich history in the Americas, dating back thousands of years. These tribes embody a rich cultural heritage and have a historical-artistic significance. This is reflected in their artifacts; thus, treating them as such is equally important. Hence, they become a part of your collection uniquely.

Native American artifacts have a particular appeal to them, making them highly sought after in the market. Identifying and valuing your piece can be a challenge. Still, it is a necessity as many fake varieties are reproduced as sold as original Indian artifacts.

Identification is necessary, followed by the factors influencing their value and the historical significance behind your artifact. That being said, I hope this guide provides you with resourceful information regarding all of the questions you might have.

So, the next time you’re throwing around boxes in the attic or looking to make some extra money from a useless collection, make sure you don’t sell yourself short! 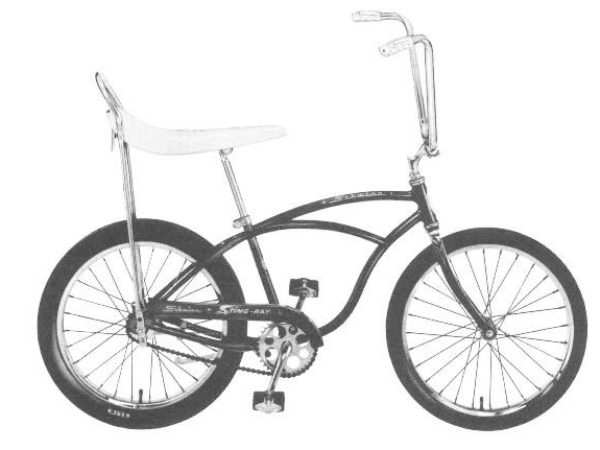